Be warned. Alex has a thesaurus, and he’s not afraid to use it.

The primary voice of narration in this amazing novel is 20 year old Alexander Perchov, whose limited English is amplified by a thesaurus he received from his friend. Hence the opening of the book…

“My legal name is Alexander Perchov. But all of my friends dub me Alex, because it is a more flaccid-to-utter version of my legal name. Mother dubs me Alexi-stop-spleening-me!,because I am always spleening her.”

While the American is the better writer from a technical perspective, Alexanders writings exhibit more truth, and emotion, especially since you have to read between the lines.

On the opening page you want to laugh until you cry, and by the closing page you just want to cry. And somewhere in the middle you move from one to the other without realising it, or losing the spirit of the first few pages.

Well worth the read, if you can handle the fractured English.

Fear and Loathing in Las Vegas

“We were somewhere around Barstow on the edge of the desert when the drugs began to take hold.”

Okay, so I’ve finally read the book.
Has anyone else out there?

The book tells the story of a journalist and his lawyer who travel to Las Vegas to cover a motor cycle race and a Drug Enforcement Convention. On the way they experiment with drugs, anti-social behaviour and philosophy in equal portions.

I think a lot of this book was lost on me as a South African reader. The second level of narration is a raw portrayal of, and commentary on, the US of the 70s, and their political and social situation.

But for me, the landscape was not as recognisable as that in Steinbeck and Fitzgerald, and this is the point I believe. A picture of the time as it was, but in strong caricature, as seen through the eyes of a biaised social critic who feels at odds with his world, while thriving in it.

As I said, either genius or insanity, probably both. 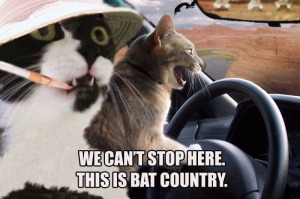 Posted by davidseven on September 10, 2009 in books

For those of you who might be wondering whether I am still working my way through War and Peace, the answer is yes.  However, I am taking breaks now and again to read other books in the 1001 challenge.  Just so I can feel like I am getting somewhere. 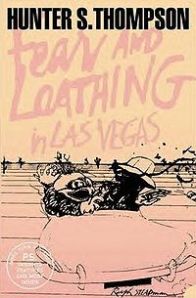 I am currently reading Fear and Loathing in Las Vegas by Hunter S. Thompson.  I’m about half way through, and I haven’t decided whether this man is a lunatic, or a genius.  I am stronly suspecting it may be both.  I’ll tell you more about it, when I figure it out.

Something interesting I read once about Hunter S. Thompson is that he really likes The Great Gatsby.  So much so, that he typed the whole novel out “Just to feel what it was like to write those words”

I don’t know whether the story is true or not, but it is interesting.  To feel such a connection with a book, that you just have to find a way to make it more a part of you.  I wonder which book I can type out, and whether it will make me a better writer.

Better not choose War and Peace, or we’ll be here until 2012.

When asked whether I have ever read War and Peace, I usually reply, “Almost three times.”  As prodigious as this sounds, it’s the literal truth.  I have almost read it, three times.  However each time I gave up after a few chapters. 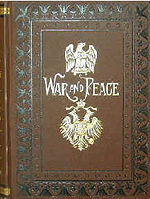 I know I should read it, not just because it is a classic, and I need it to complete my 1001 books challenge, but also because I am told it is very good.  But something always puts me off.   This happens occasionally, for instance I have never been able to finish Emma, despite being a huge Jane Austen fan.  Go figure.

Now I see that they will be broadcasting the miniseries on television for three weeks, starting next week.  Obviously I am planning to watch it, but I am wondering whether I should try and read it again, and if it will be better to wait until after the series or not.  Oh well, we’ll see what happens; maybe it will be too heavy to hold in bed, and then I’ll be thwarted again.

Not my list you understand, but rather based on a book by Peter Boxall with the title 1001 Books you must read before you die.   I read through the list, and downloaded an Excel Spreadsheet to help me track how many of them I have read.  Turns out I’m falling badly behind.

The premise of the book is that these 1001 writings trace the development of the Novel from its earliest form to the modern novel.  I don’t know if that’s true, since I’ve only read like 75 of the 1001 novels I need to read.  However, I decided it might be a good learning experience to try and work my way through the list and see what I discover.  I think a little “research” might be in order.

So here’s how it’s going to go down y’all.

I’ve created a page on the side of my site called 1001 books.   You can pop in there any time to see how many I have managed to cross off, and how many I need to read each year to make it before I die.  (Statistically speaking of course.)

Then after I read each book, I’ll post a review here.  As well as reviews of some of the other books I read.  Time to start talking about what I read as well as what I write.

So stay tuned for a review of my current novel, Little Women.